Skip to content
Home/Facial Cosmetics/How Does Latisse Work?
Previous Next

How Does Latisse Work?

Many women long for longer, fuller eyelashes, but unfortunately genetics don’t always play in our favor. Some are cursed with short hair, while some have patchy areas that frequently need touched up with make-up or fake lashes to look thick and uniform. 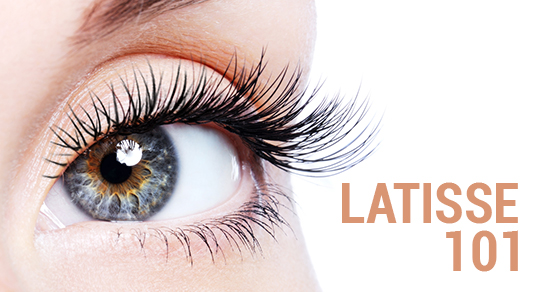 But this age-old struggle may have finally been put to rest with the launch of Latisse, a prescription drug designed to promote and stimulate eyelash hair growth.
Easy on the eyes: enhance your eyelashes naturally with Latisse
It made headway in 2009 as the then first product of its kind created solely to remedy this problem, and the market has since seen the release of a few alternatives. Nevertheless, the massive popularity Latisse garnered in its early years has made it a household name, but many people still question its ability to deliver on its promise to grow thick, natural eyelashes.
Interestingly enough but not uncommon in the pharmaceutical industry, the idea for Latisse came about from a side effect caused by its parent version, otherwise known as Lumigan. This drug was intended to treat patients with ocular hypotensive activity, and low and behold, one of its main aftereffects was increased eyelash growth. Hence, this is where the idea for Latisse was born.
Pharmacists engineered Latisse with the same concentration of active ingredients found in Lumigan that stimulated eyelash growth, although some people have reported a darkening of their eye pigmentation and mild itchiness in the eyelid region.
How the growth process works
The magic behind the eyelash stimulation lies in bimataprost, the active ingredient and synthetic prostamide scientists believe interacts with the cornea and iris to promote longer hair growth periods.
In addition to extending the growth phase, bimataprost is believed to encourage the production of more eyelashes, particularly in areas of low concentration. In this sense, it may be helpful to think of Latisse as Rogaine for the eyes, although these products are quite dissimilar in their composition.
Latisse is only available as a prescription, and cannot be purchased as an over the counter drug. Furthermore, most doctors will only prescribe it to patients deemed to have hyptrichosis, or an inadequate supply of eyelashes; after all, they serve the natural, defensive function of keeping our eyes safe from contaminants. The product is not intended to be a replacement for mascara, although many patients use it for this reason. Once the application process is complete, most women have little need for its use!