Skip to content
Home/Body Sculpting/How is the Fat Eliminated after a CoolSculpting?
Previous Next

How is the Fat Eliminated after a CoolSculpting?

There’s nothing more frustrating than eating healthy and exercising every day, only to see no difference in the way your clothes sit on your body. Contrary to popular belief, there are certain regions of the body where fat molecules tend to be more stubborn. 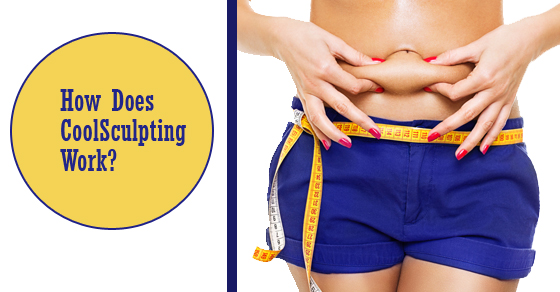 At times it may seem like no matter what you do, certain pouches of fat are going to remain where they are. Thankfully, one modern-day procedure has successfully helped thousands of patients attain their physique shaping goals, and it is called CoolSculpting.
What is CoolSculpting?
In contrast to its traditional and popular alternatives, CoolSculpting is not an invasive operation. No incisions are made and no type of surgery is performed.
So, what is it about this procedure that has been turning heads? Well in a nutshell, it utilizes cold energy, scientifically referred to as cryogenic lipolysis, to destroy fat cells that lie just beneath the surface of the skin.
Your doctor will utilize a device to carry out the harmless destruction phase; made specialty for the procedure, the CoolSculpting machine pulls the target region of the patient’s body between two plates via vacuum suction.
Once in place, the plates are then cooled to the optimal temperature for fat molecule elimination. The good news is your blood vessels, skin, and nerves will all be left intact; only the fat cells are killed.
Once Dead, where do the Fat Molecules go?
It helps to understand a little bit about how our bodies are built. While a lot of people think it floats around freely, fat is actually stored directly inside cell bodies. The greater the fat molecule volume, the bigger the cells are and vice versa.
What CoolSculpting does is kill approximately one-fifth of the stored fat cells, after which they are naturally expended by the body as a form of energy consumption. In other words, the dead molecules are literally consumed by the body, which is exactly what happens when it uses energy from food.
The procedure is primarily used to shrink fat volume in regions of the body where it is normally hard to lose weight; it is and should not be considered a form of whole-body weight loss. A healthy diet full of nutritious food, in addition to daily exercise is needed for this to be completed successfully. CoolSculpting is safe and effective, and has been performed on hundreds of thousands of patients.